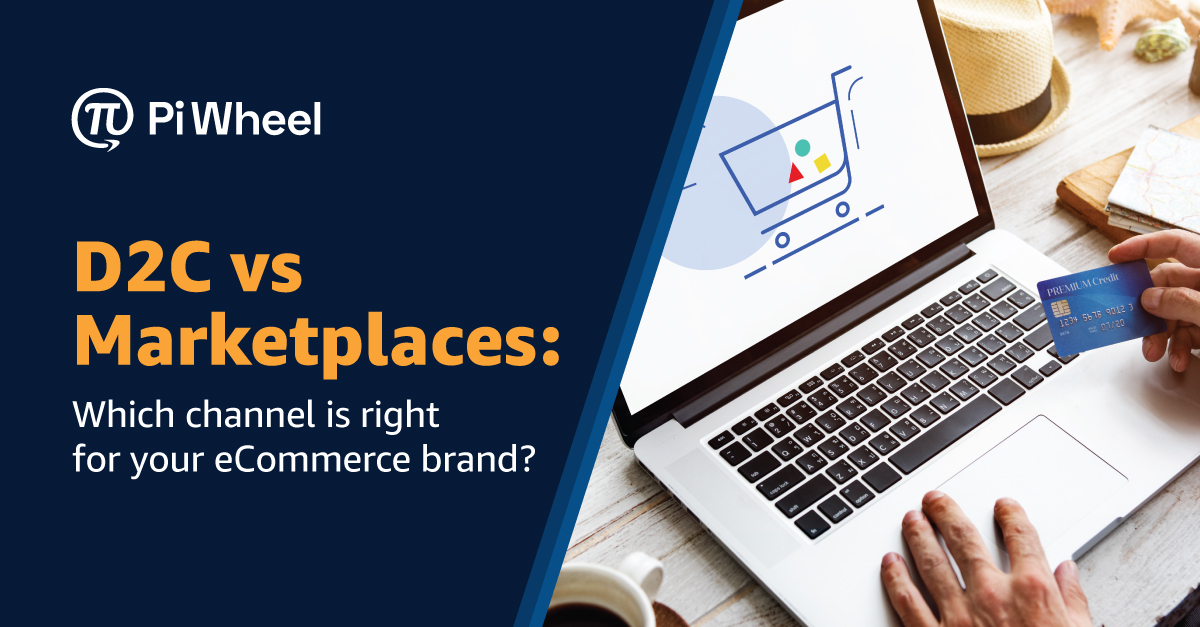 You might be living under a rock if you are unaware of the rise of eCommerce. Even before the pandemic, the industry grew rapidly and in the post-pandemic world, it has left a spell on consumers which is hard to pass.

Brands are now focusing on getting to their consumers as fast as possible, with the best channels. Thanks to the internet evolution, they now have multiple channels to reach out to consumers- from marketplaces to social media to their own eCommerce websites.

This article focuses on the 2 major channels of online selling for D2C brands- an eCommerce website or an established marketplace (read Amazon, Noon, Flipkart, etc.). But first, let’s understand what D2C is and what are its benefits of the same.

D2C- what is it and how did it rise to popularity?

D2C is short for direct-to-consumer. In eCommerce, D2C refers to a company that sells its own products directly to the end consumer- without any distributor network or platform.

Earlier, the main categories that were involved in D2C were clothing brands and consumer electronics but now there are 100s of such categories in place, selling directly to consumers.

B2C, on the other hand, involves selling to customers by using a third-party website.

Several famous brands operate in both D2C and B2C spheres.

Let’s look at some of the differences between having your own eCommerce website and placing your product on an online marketplace.

Over 60% of online product searches start with Amazon so any aspiring D2C brand needs to be mindful of the eCommerce marketplaces if they want to grow forward.

Which is best for your D2C store?

The choice to be made by the brand as to which route between marketplace & website is the best for your D2C business, the fundamental criteria for which is the very purpose & vision the brand has for the business. The marketplace is a suitable choice if you want to reach a broad audience and create early traction under another brand’s name.

However, if the objective is to build an independent brand by curating your audience and setting yourself up for long-term success, websites are the go-to option.

You can also find a blended approach with both your website and marketplace selling. Testing is crucial for that. Start out with a category if not your entire portfolio and see how the consumers are reacting to your products, and whether the sales are making up for the seller fees.

Unlocking the potential of your brand requires testing and the willingness to let data drive decision-making. If you need help with marketplace data and services, we are here for you to chalk out the entire strategy with market intelligence data.

Contact us to learn more about PiWheel's eCommerce solutions 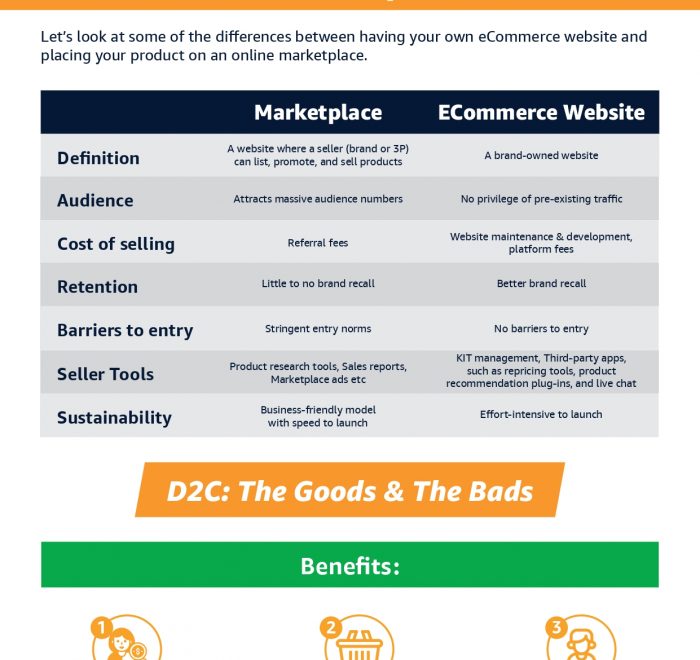